DOSE OF REALITY — Both Zoe (Rachel Bilson) and Lemon (Jaime King) are having a difficult time accepting Lavon (Cress Williams) and Ruby’s (guest star Golden Brooks) new relationship, so they decide to find out Ruby’s true intentions. Wade (Wilson Bethel) agrees to supervise a Little Ranger’s camping trip to avoid a potentially awkward conversation with George (Scott Porter.) However, when George unexpectedly shows up on the trip, Wade has nowhere to hide, and their talk makes him see his relationship in a different light. Meanwhile, Brick (Tim Matheson) wants to take the next step in his relationship with Emily (guest star Mary Page Keller, “Duet”), but is shocked about who is not on board with the plan. Janice Cooke directed the episode written by Alex Taub.

Crickett: I have a great many talents you don't know about.
AnnaBeth: No you don't.

Zoe: Tell Rose to cancel my appointments, I'm going off the grid.

Rose: Let's go Tonya, I've lost my appetite.
Tonya: FYI: Cougar is not a good look on you.

Rose: Congratulations, it looks like you two are going steady.
Zoe: No, Rose. I don't even want to be here.
Tonya: Oh, so it's Rose's fault you're on a date with her man?

Rose: Yesterday we traded my ho-ho for his ding-dong.

Zoe: Looks like Stella got her groove back.
Brick: Emily and I are in a good place so don't ruin it by talking. 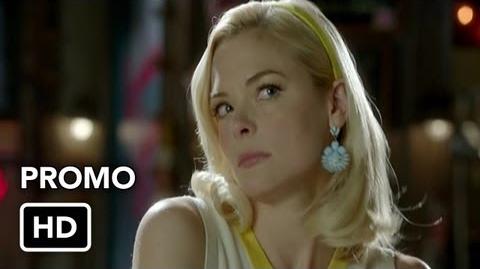 "State of Your Heart" – Logan Mize

"If Love Had a Heart" – Rose Falcon

Retrieved from "https://hartofdixie.fandom.com/wiki/Achy_Breaky_Hearts?oldid=9964"
Community content is available under CC-BY-SA unless otherwise noted.