Always On My Mind is the second episode of Season Two and the twenty-fourth episode of the series.

GOOD INTENTIONS WITH QUESTIONABLE RESULTS — Zoe (Rachel Bilson) is trying hard to stay away from Wade (Wilson Bethel), but when Rose (guest star McKaley Miller) enlists her help in throwing the first BlueBellapalooza, she is forced to ask Wade to convince his old band mate to be the musical act on short notice. Wade convinces George (Scott Porter) to start playing the field and agrees to be his wingman, but when Wade stands him up, he decides to follow the seemingly questionable advice solo. Meanwhile, Brick (Tim Matheson) tries to trick Lemon (Jaime King) into working for him, but she is determined to keep her waitressing job, that is until one of her customers ends up needing medical attention. Cress Williams also stars. Golden Brooks, Claudia Lee, and Charles Robinson guest star. Anton Cropper directed the episode written by Carter Covington.

Rose: Oh... That's where your pants went.
Lavon: Surely you can ask him a question without falling into bed.

Wade: You're single for the first time since Clinton was President and you're spending it alone on boat when you should be naked with strangers, boat optional.

Zoe: It takes a lot of marshmallows to get any nutritional value. Plus it's almost been 24 hours since I've had sex with Wade, it's either this or smoking.

Rose: Where are your pants?
Zoe: Uh... Nowhere. I was, uh, running. Pant-less, in heels. It's a new thing, people are doing it and I'm a doctor and I have to keep up.

[Shot of Wade holding Zoe's pants on his balcony]

Lemon: [To George] Excuse me, I have to go marry the ketchup's. Maybe they'll go through with it.

Zoe: I have gone years with out sex!
Lavon: Yeah, that may be the problem...

Rose: That was awesome. 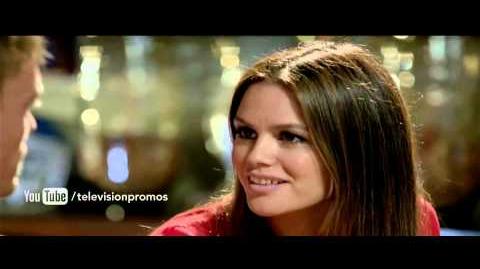 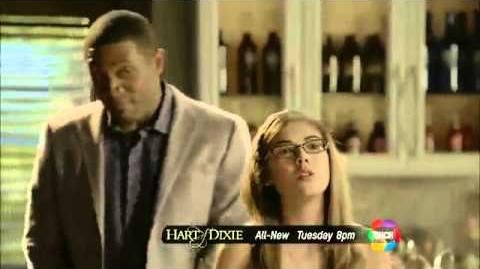 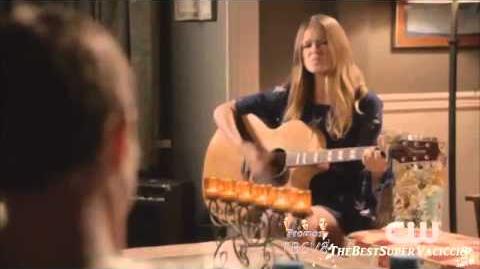 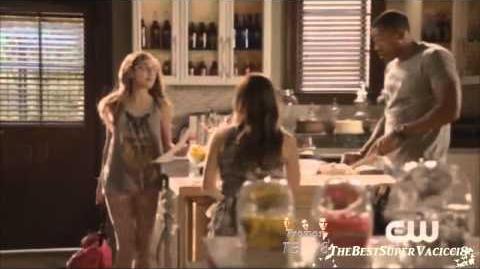 This gallery only shows the official pictures released for the episode you're looking for. A more complete gallery can be found here. Any future additions should be done there. 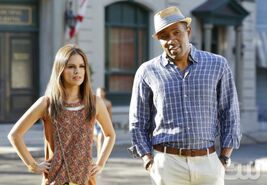 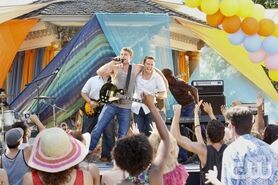 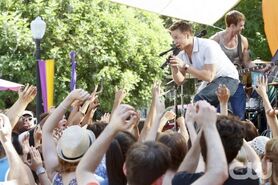 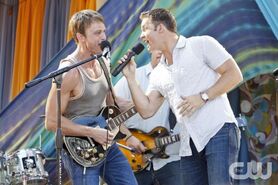 Magnolia sings at the Bluebell-a-pollusa

end of the episode, zoe is watching wade and george flirting with the volleyball players. Lavon tries to get zoe to confront her feelings for both of them.

C7. wade tells george to select this song, he does and george starts to dance with the girl. Lemon mixes up the gumbo and emily has an allergic reaction

Wade and zoe are riding in the car and wade changes the radio channel, they almost kiss

In the beginning of the episode Brick & Lemon talk about Lemon's new job. Ruby & Lavon meet at the coffee shop

Zoe and George talk by his truck.

Retrieved from "https://hartofdixie.fandom.com/wiki/Always_On_My_Mind?oldid=13878"
Community content is available under CC-BY-SA unless otherwise noted.