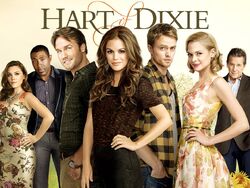 The season begins with Zoe returning to Bluebell after a summer in NYC - along with her new boyfriend Joel (played by Josh Cooke). George struggles to rebuild his life following his break up with Tansy, but finds love with Lavon's younger cousin. Lemon finds herself in a scandalous relationship, while Annabeth hopes her relationship with Lavon will grow into something more. Zoe learns more about her family roots in Bluebell, breaks up with Joel, and reunites with Wade.

1
A
F
H
I
S
T
W
Retrieved from "https://hartofdixie.fandom.com/wiki/Category:Season_Three_Episodes?oldid=14529"
Community content is available under CC-BY-SA unless otherwise noted.