Gumbo & Glory is the Season One's 3rd episode and 3rd overall of the series.

ANDREW MCCARTHY DIRECTS / ZOE ENTERS BLUEBELL'S GUMBO CONTEST - Zoe Hart (Rachel Bilson) is determined to win Bluebell, Alabama's gumbo contest and prove to everyone that she is a part of the community, which will hopefully help her land some patients. Lavon Hayes (Cress Williams) develops a crush on Zoe and Brick Breeland's (Tim Matheson) new receptionist, Didi, but things get a little messy after Lemon Breeland (Jaime King) catches wind of the news. Zoe and Brick find themselves having to work together to perform a life-saving surgery. Scott Porter and Wilson Bethel also star. Andrew McCarthy directed the episode written by David Babcock.

The episode title is fairly explicit- 'gumbo' referring to the annual Gumbo Cook-Off and 'glory' referring to either Brick's town-wide success after performing the arterial cutdown on Oscar Balderrama, or to Zoe's success at taking a step forward to acceptance in Bluebell.

Wade Kinsella: "Oh hey there, Doc. Notice how whenever I come around there's always sparks?"
Zoe Hart: "If you like that wait 'til you see my tazer."

Zoe Hart: "Yeah, that's me, with my girly wi-fi connection and my silly cell phone that I only use to look at pictures of ponies."

Wade Kinsella: Okay...I'm going to get a bucket of lake water, so when you catch on fire it doesn't spread my way.

Man: Hey. You're the one that ruined our parade, aren't you?
Zoe Hart: Yeah. That was me. Thanks for remembering.

Zoe Hart: How could you hire a new receptionist without consulting me? We share this practice, fifty fifty.
Brick Breeland: Except all the patients are mine. But you know, if you want to choose the kind of lollipops we hand out, that's all yours.
Didi Ruano: I vote for lime or cherry. Not grape. [To Lavon] Hi! I'm so sorry, but Dr. Breeland just stepped out.
Zoe Hart: Wha- excuse me? How do you know he's here to see Brick and not to see me?
Didi Ruano: I will ask, but I don't want you to get your hopes up.

Didi: "Did you just Ask Jeeves how to cure a snakebite?"

Wade Kinsella: "Here, snakey-snakey-snakey. Ah, the old Hooper house. I used to bring my high school girlfriends here."
Zoe Hart: "Please tell me they were still breathing at the time."

Wade Kinsella: "First rule of a snakebite, Doc- don't let the victim exert herself."
Zoe Hart: "What's the second rule, apply pressure to side of boob?"

Shelley Ng: "Asking Wade how to woo women is like asking a hunter how to train bears."

Seafood Guy/Sal Nutter: "You're the new doctor, right? Just pretend like you're doing surgery on a teeny tiny shrimpy patient."

Zoe Hart: So, how is the wedding planning coming?
George Tucker: Well, uh, it's fairly insane. Tastings, florists... Lemon wants it to be the event of the season, and by season she means millennium. Lemon just wants the best for everything.

Shelley Ng: Okay, I have to put a stop to this. Asking Wade how to woo women is like asking a hunter how to train bears. A woman wants a romantic gesture- do that.

Zoe Hart: Oh, I should've asked for another paper bag so I could put it over my head and you could sneak me into your car.
George Tucker: You're funny.

Zoe Hart: Even when the ambulance gets here, it's still going to take thirty minutes to get him back to the hospital. He won't make it. Alright, we have to stop the bleeding. Oh, God, I only have one hand, I can't do this by myself. We have no choice- we have to call Brick.
George Tucker: I know. I'll call him.

Zoe Hart: I've been up all night cooking this stuff. I can't even see straight. What did I do to make Brick hate me so much?
Lavon Hayes: It's not you, sweetheart, it's him. He's an arrogant son-of-a-bitch. Always has been.

Zoe Hart: I'm going to set everyone straight. I'm going to march into that cook-off and I am going to tell everyone what a phony Brick Breeland is.
Lavon Hayes: No you're not. Nah, if you want people in this town to think that you're one of them, you're going to go to the cook-off, put your game face on, suck it up, and mix it in with the community. Hmm?
Zoe Hart: Fine. You're right. Maybe I can still win the gumbo contest. Will you try it?
Lavon Hayes: Um, a moral victory's good, too.

Zoe Hart: How dare you?
Brick Breeland: Excuse me?
Zoe Hart: How can you stand there and take credit for something that I did? If you had been there alone yesterday, that man would be one-armed or worse. You know damn well I was the brains behind that procedure. You were simply my assistant.
Brick Breeland: Dr. Brick Breeland is no one's assistant. Most certainly not to some arrogant New York newbie.
Zoe Hart: I may be a newbie, but I am also a surgeon. And like it or not, I was useful yesterday. You know how much it would mean to me to finally prove myself. You know that I need patients to hold on to my father's practice. But you are a prideful Southern man who can't admit that he had to defer to a woman.
Brick Breeland: Miss Hart, that is my practice, too. One that I have worked a long time for, one that I deserve to have all to myself. And yes, you may have led the way on that cutdown, but that is not all that happened out there. When Oscar was panicking, and pushing that plow off, and about to bleed out, I am the one that got him calm. And I am the one that went to the hospital and stayed with him. And I am the one who went out to their farm and talked to his wife, and I promised her her husband was going to be alright, that his arm was going to be alright, that their farm was going to be alright. I don't recall seeing you out there. Yes, I admit that I may be a proud man, and maybe I did take credit for a procedure I didn't wholly do, but if you can't admit that I saved Oscar's life just as much as you did, then you are just as prideful as I am.

Didi Ruano: Okay, well I'll let Dr. Breeland know you're here. I tried to explain that there are two doctors, but she won't-
Zoe Hart: It's okay.
Brick Breeland: Now, Harold, why don't you come on in. Right on back in there. Uh, Mrs. Dixon, it's going to be a while- why don't you see Dr. Hart today? She'll take good care of you.
Zoe Hart: [To Didi.] 2:14, October 10th. Write that down somewhere, would you?

This gallery only shows the official pictures released for the episode your're looking for.A more complete gallery can be found here. Any future additions should be done there. 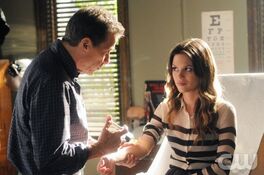 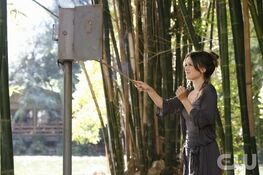 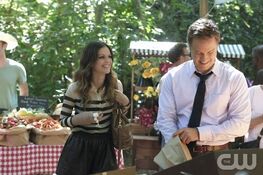 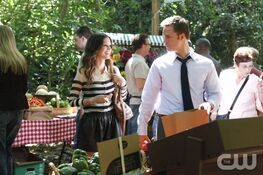 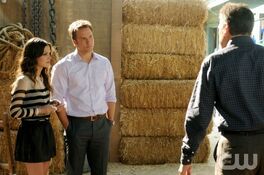 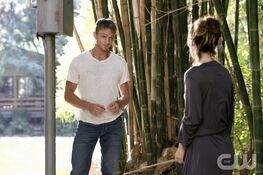 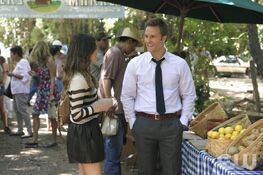 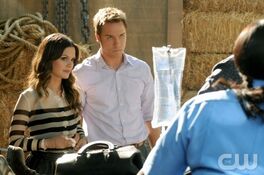 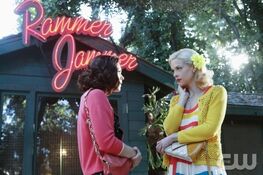 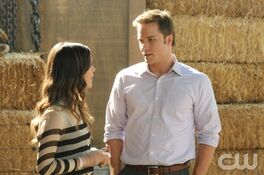 Retrieved from "https://hartofdixie.fandom.com/wiki/Gumbo_%26_Glory?oldid=15128"
Community content is available under CC-BY-SA unless otherwise noted.