CHRISTMAS IN BLUEBELL - Zoe Hart encourages Rose Hattenbarger to enter the annual Miss Cinnamon Cider Pageant even though Lemon Breeland's younger sister, Magnolia Breeland, is a shoo-in to win. Of course, with Zoe coaching Rose and Lemon coaching Magnolia, rivalry takes on a whole new meaning. Meanwhile, George Tucker and Wade Kinsella go on a road trip to pick up a Christmas tree for BlueBell's town square. Also, in flashbacks, we learn some of the history of Lemon's relationship with her mother, Alice Breeland, as well as the details of when Lemon and Lavon Hayes first realized they had a connection.

"A Place Only You Can Go" – NEEDTOBREATHE

"Away in a Manger" – High Valley

Lemon Breeland: "Oh, I'm so sorry. This must be torture for you, me talking about my wedding."
'Zoe Hart:; "Torture? No. The accent is kind of a fingernails-on-the-chalkboard thing, but..." 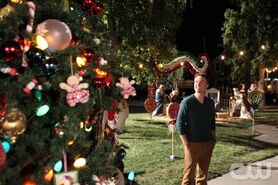 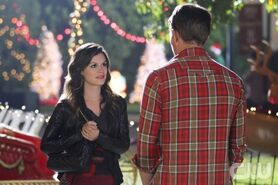 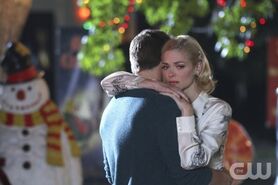 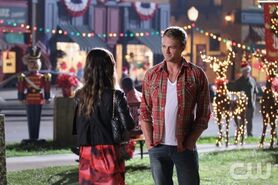 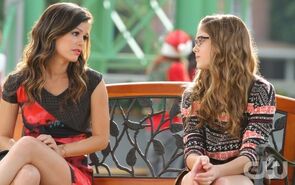 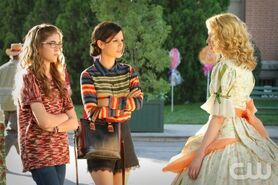 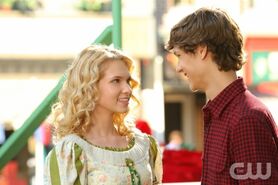 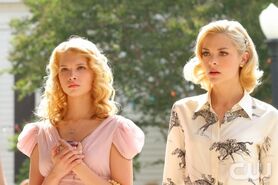 Retrieved from "https://hartofdixie.fandom.com/wiki/Hairdos_%26_Holidays?oldid=15117"
Community content is available under CC-BY-SA unless otherwise noted.