WHEN GEORGE'S PARENTS COME TO VISIT, they are thrown when they meet his new girlfriend, Tansy (guest star Mircea Monroe), and George's mother devises a plan that forces George and Zoe to address their feelings for one another. Lemon discovers that Brick has a secret girlfriend and is shocked when she finds out who it is. Meanwhile, Annabeth (guest star Kaitlyn Black) is smitten with a charming British visitor to the town, but Lavon grows suspicious of him and is determined to uncover his real identity. 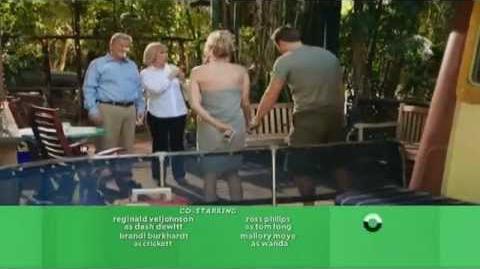 Retrieved from "https://hartofdixie.fandom.com/wiki/Islands_in_the_Stream?oldid=11632"
Community content is available under CC-BY-SA unless otherwise noted.