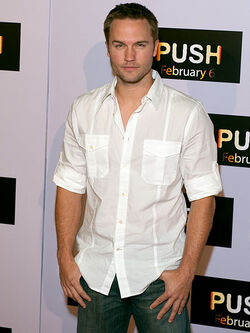 Porter was paired with Alyson Michalka and Vanessa Hudgens in the 2009 film Bandslam featuring his song "Pretend" in the album. In 2010, he joined the cast of CBS's legal drama The Good Wife as Blake, an investigator for a law firm.

Retrieved from "https://hartofdixie.fandom.com/wiki/Scott_Porter?oldid=14387"
Community content is available under CC-BY-SA unless otherwise noted.