Sparks Fly is the 9th episode of Season Two and the 31st episode of the series.

GOING ONCE GOING TWICE — Wade (Wilson Bethel) struggles with feeling like he’s a placeholder in Zoe’s (Rachel Bilson) life, so he decides that they should go on a date. Despite Zoe’s apprehensions, she decides to bid on Wade’s basket at the upcoming Charity Picnic Auction but is surprised that she is not the only one interested. Lemon (Jaime King) mistakenly wins Lavon’s (Cress Williams) basket and decides to keep her true feelings for him to herself and instead offers some advice about his relationship with Ruby (guest star Golden Brooks). Meanwhile, George (Scott Porter) is interested in dating Tansy (guest star Mircea Monroe) and creates a basket that he hopes she will bid on. Tim Matheson also stars. Laura Bell Bundy guest stars. Norman Buckley directed the episode written by Jamie Gorenberg

Lavon : I realized something tonight. I love you.
Ruby : I love you too.

Wade : Maybe I wasn't happy being a - a placeholder for George Tucker.

George : Guess George Tucker isn't as predictable as you thought.

Wade : I think we should go out on a real date.

Zoe : He has an all access path to Zoeland and he doesn't have to wait in any lines and then all of a sudden ...
Ruby : What?
Zoe : OMG. Wade is bored.

Tansy : You're kinda predictable. In a good way. You're so ... George Tucker. 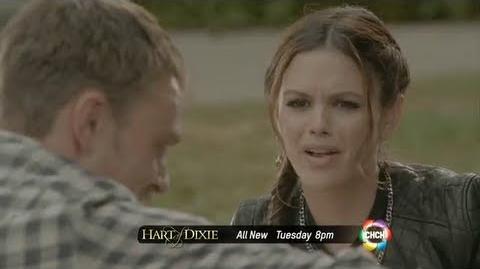 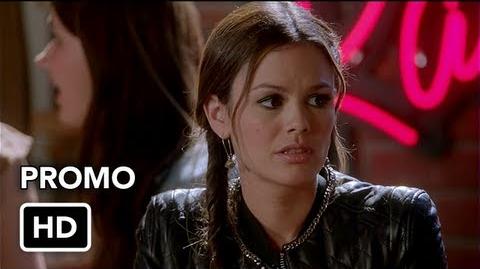 Retrieved from "https://hartofdixie.fandom.com/wiki/Sparks_Fly?oldid=14813"
Community content is available under CC-BY-SA unless otherwise noted.