The relationship between Zoe Hart and Jonah Breeland began when Jonah returned to Bluebell (Take Me Home, Country Roads).

This relationship is often referred to as 'Zonah' by fans.

Zoe and Jonah had an instant attraction to each other when they met in the local store-Jonah asked her out just after they met. Zoe has been putting extra effort to keep her beloved status which she gained from treating the town after the flu outbreak, and feels threatened by Jonah, who is loved even more by Bluebell. Wade asks Jonah if he can cover for the weekend to take Zoe to the hunting cabin for some sex and get away from the outside world.  However, Zoe can't put her work aside and goes to the hill for more connectivity.  Zoe hears that there are several people going to the doctor's office that night, which worries Zoe. Zoe walks in to the office and fumes that she is a beloved doctor and she shouldn't be replaced by Jonah, unknowingly walking into Brick's surprise birthday party. (Take Me Home, Country Roads)

After Zoe and Wade's breakup, Jonah persistantly offers to comfort Zoe. He suggests that a breakup is better with mind-blowing sex with a sexy doctor. He later cheers her up at the end of the episode. (We Are Never Ever Getting Back)

Spring break comes around and Zoe thinks that she needs to loosen up. Eager to join in some much-deserved fun, Zoe agrees to give partying a try with Jonah, but seeing them together makes George jealous. George seems to be the only person in Bluebell who doesn't like Jonah, and seeing him with Zoe makes it worse. Jonah assumed that he and Zoe were going to sleep together, at the end Zoe thanks him for the fun time, and Jonah leaves. (Why Don't We Get Drunk?)

Jonah returns to Bluebell to help out at the medical practice and assist Brick, however Zoe thinks that he is trying to steal her patients away when he gets secretive. Zoe tricks Jonah into spilling his secret, learning that the patient he was seeing was Brick.  After she learns Brick's secret, she unintentionally makes things worse for Brick in his love life. (If Tomorrow Never Comes)

After having a rough time in BlueBell, Zoe decides a little time in New York City might be the perfect opportunity to give her some much needed perspective. But a medical emergency on the plane forces her to complete the trip with an unexpected companion, Jonah, who was also boarded on the plane. After saving a plane passengers life, Zoe and Jonah run into Lemon and Wade. Lemon and Wade had been driving for hours to see Zoe and talk to the band Gloriana. Wade finally told Zoe that he is in love with her, but Zoe decides to spend the next 3 months in New York. Lemon, scared that her cousin is also falling for Zoe, asks him to promise her that he is not in love with her, Jonah says that he doesn't do love, but that the tiny doctor intrigues him. When she arrives in New York, Zoe attends a wedding reception. Jonah went as her date, on the condition that he pretends to be a mute. (On The Road Again) 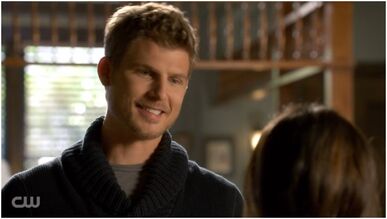 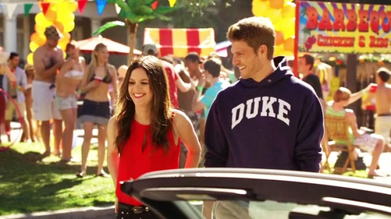 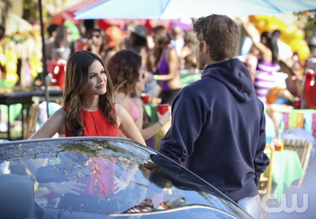 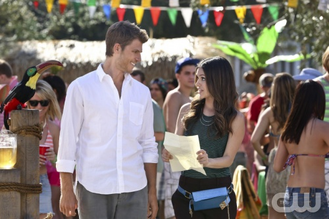 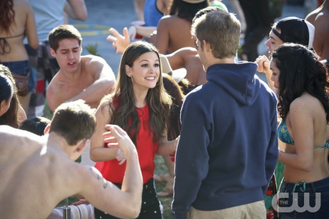 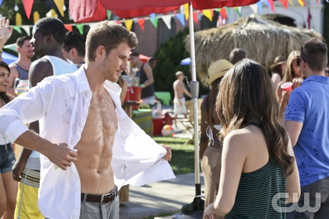 Add a photo to this gallery
Retrieved from "https://hartofdixie.fandom.com/wiki/Zoe_and_Jonah?oldid=15332"
Community content is available under CC-BY-SA unless otherwise noted.